Year after year, the Taggart Parkes Foundation is honoured to partner with Christie Lake Kids, a life-changing organization that serves economically disadvantaged children and youth by providing recreation and skill-building programs at no cost and with all barriers to participation removed.

Funds from the 2018 donation from the Taggart Parkes Foundation were used to make a difference in many ways. All the initiatives mentioned below were instrumental in giving opportunities to children and youth in our community and allowing them to grow their characters and skill sets through various activities. 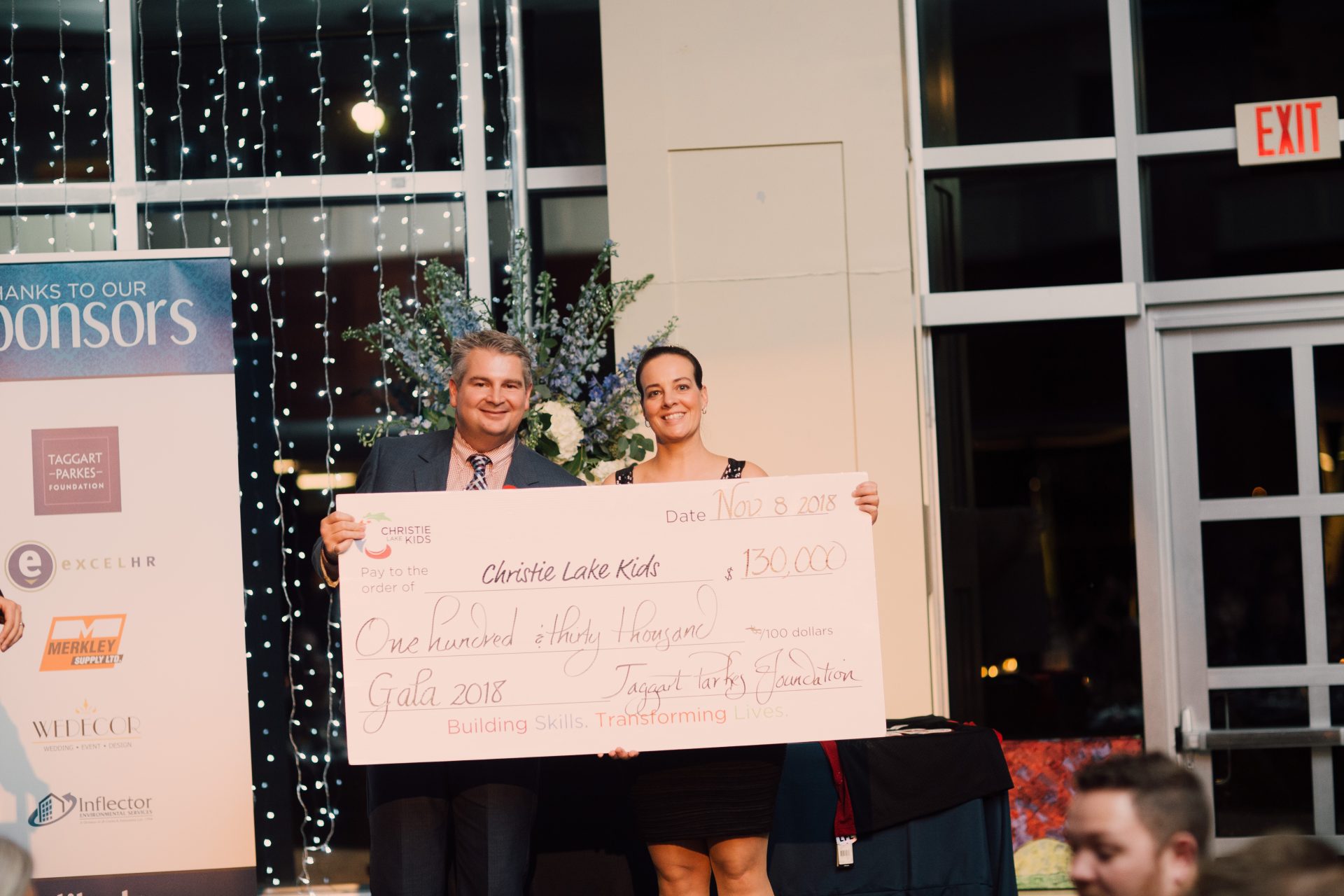 With the Taggart Parkes Foundation as the Title Sponsor of the Christie Lake Kids Gala, a total amount of $130,000 was raised to deliver the Skills Through Arts and Recreation (STAR) program in three of Ottawa’s priority neighbourhoods. This program enabled more than 350 kids to participate in a multitude of recreational programs in the after school and weekend hours at no cost (including all supplies, materials, equipment and food). Through STAR, programs like soccer, basketball, hockey, martial arts, cooking, yoga, and hip-hop are accessible to vulnerable children living in low-income situations.

With the Taggart Parkes Foundation as a Gold Sponsor at the Christie Lake Kids Golf Tournament, $100,000 was raised for the Leaders in Training Program. This program, aimed at teens ages 13-16, was delivered three days per week in the Somerset West Community for at-risk and low-income kids and featured some amazing programs including robotics, interview and resume preparation, and leadership skills, as well as recreational programming all at no cost to the participants.

“We could never offer this depth and breadth of programming for disadvantaged kids without the Taggart Parkes Foundation. Thank you for contributing to our success in 2018 and ensuring that vulnerable children and youth have access to quality recreational programs at no cost. You’ve really made a huge difference locally.” says, Natalie, Director of Fundraising and Communications for Christie Lake Kids.